Stars in their eyes

As usual, here are this week’s top 4:

1. Stars. As you all probably have heard by now, our competition, “Star in the Making,” has launched, and it is already getting “liked” by many of you. So many sweet dogs were filmed at the auditions earlier this year and you can find them all on our Facebook and YouTube pages. The top three “liked” dogs will be filmed for DOGTV programs in August and will get vouchers for DOGTV’s online service. So what are you waiting for? “Like” your favorite dogs and make them the next DOGTV stars!

In the photo below: a true dog star 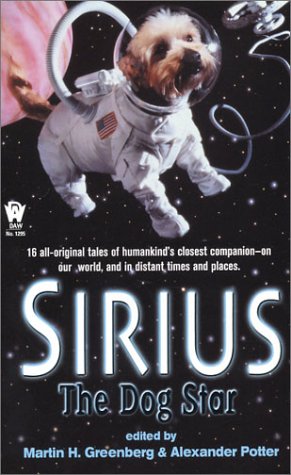 2. Independence. Don’t you just enjoy Fourth of July? With all the celebrations and, of course, the fireworks? You know who doesn’t like this holiday? You guessed it, your dog. The holiday fireworks are often a frightful experience for dogs. The loud noises can hurt their sensitive ears, so it’s very important to make sure your dog is safe and comfortable on this holiday. Our Chief Scientist, Prof. Nicholas Dodman, explains:

“Fear of fireworks is a sound phobia which is really not that hard to fix as long as the right type of retraining is initiated. The two components of firework phobia are a) fear of the noise of fireworks and b) fear of the sight of mysterious colored lights above. Each component can be rendered less scary by attenuated exposure as part of a desensitization program. DOGTV’s exposure section will assist dogs in getting over their fear of fireworks by allowing them to hear muted sounds of fireworks in the warm, cozy setting of their own living room and to the backdrop of soothing music. Images of fireworks will also be presented on an occasional basis and in diminished for to the same soothing backdrop”.
DOGTV’s “Exposure” segments are all about gently exposing dogs to fearful sounds and visuals in order to habituate them, and through desensitization, make them comfortable with the stimulus.

If your dog is stressed, try to relax him or her with some of our “Relaxation” music and visuals. Here are a couple of videos to play for your dog:

Take good care of your dogs this holiday, Humans! Have a great independence day! 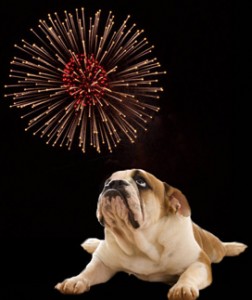 3. Behavior. Dogs need physical and mental stimulation in order to be happy and well behaved. According to the article “The Root Causes of Most Dog Problems” by Lisa Giroux, Most dogs don’t get enough mental stimulation to be satisfied and happy and behavior problems are nearly always the result. Television, it is now confirmed, can provide dogs with mental stimulation: “The addition of television monitors resulted in significant changes to the dogs’ behavior.  The dogs spent more of their time at the front of the kennels and less of their time moving and vocalizing following exposure to all types of visual images” (“The Influence of visual stimulation on the behavior of dogs housed in a rescue shelter”, L Graham, DL Wells, 2005, Queen’s University, Belfast, UK).

It’s important to walk your dogs — take them out a few times and day– and give them physical and mental stimulation. While you’re not at home, leave the television on for your dog to give him or her the opportunity to be mentally stimulated. DOGTV gives your dog the right amount of stimulation and relaxation so you’ll know your dog is in good hands.

4. Animation. Here is a great example of how to stimulate your dog using DOGTV. We use lots of animations on DOGTV to both stimulate and relax dogs. What do you think?

Don’t forget to vote for your favorite dogs in the “Star in the Making” competition, on YouTube and Facebook. Also, I can’t wait to hear your dogs’ experiences with DOGTV, so do share with us in the comments or via email – I really want to know!

Have a great week,

Vote for Dutch and…

And the Award Goes To…

And the Award Goes To …